Simulation of the flooding event of July 2021 (left), as simulated by MAR, and of a similar event (right), that could happen in 2033 according to the predictions of the same model (see text).

Xavier Fettweis (University of Liege) developed a regional climate MAR model. In this user story Xavier explains how this model can be used on the CECI’s and Cenaero supercomputers to study the changes due to global warming, a challenging topic with extremely important implications.

While climate modifications have happened many times in the course of history, we are currently experiencing a period of rapid changes, not due to natural causes. One of the causes is referred to as global warming, an unusual increase of Earth average temperature since the past century and mainly caused by greenhouse gas released by burning fossil fuels. Consequences include heat wave, wildfires, floods, melting of the ice sheets, etc. While putting wildlife in danger, it will also have direct consequences on human life, since it will result in water scarcity and health issues, among others. It is therefore a global problem, which requires actions in the near future.

Though we can already see the effects today, having accurate predictions is also important to evaluate the long-term effects of global warming. This is where HPC proves to be very useful because it allows performing large time-scale simulation of different scenarios at will.

MAR (Regional Atmospheric Model) is an atmosphere model developed in Grenoble (France) and Liège (Belgium). It is designed for meteorological and climatic research. It is especially known for its ability to model the physical processes in polar regions. In these regions, MAR is now internationally recognized as one of the best regional models currently available. Their future projections of sea-level rises from melting ice caps are a reference in this field.

The code has been adapted and exploited by Xavier Fettweis, from the Geography Department of the University of Liège where the use of MAR is taught to the students of the Master in Global Change. For example, thanks to his regional model, he was able to reproduce, at high resolution (5-25 km), the observed climate for the last 70 years over the polar regions and Belgium as well as to perform future projections till 2200.

But even though computers become more and more powerful, a typical simulation (with the appropriate resolution and integration domain) takes about 2 weeks of real time on a single computer unit (CPU) to get the results for 1 year of climate evolution. Thus, High-Performance Computing (HPC) is appropriate: its main goal is to share the work between different CPU, so that they are able to work in parallel and accelerate the whole procedure. While it seems easy on paper, getting a computer code to actually split the workload requires some modifications. Luckily, a technique called OpenMP (https://www.openmp.org/) allows adding annotations in order to help the compiler [1] to produce a parallel program. The main advantage is that this technique requires very few modifications of the existing code.

However, the resulting program can only use the resources of one computer node (other programming techniques allow using multiple computer nodes at the same time, but at the cost of heavy modifications). To overcome this issue, Xavier Fettweis splits the time series into different periods, that can run independently. Extra care is taken by having a common year in two different calculations so that he can ensure, if the results are similar, that the simulation is independent of the initial conditions.

While reproducing the past is interesting to check that the model is working well, predicting the future is one of the main applications of MAR:

« As my MAR-based outputs are now widely used as a reference abroad over the Greenland ice sheet, this has allowed me to be co-author of many publications (e.g. in Nature Climate Change) with an average of one or two publications by month. »

He, indeed, used his model to study many different topics, including

MAR runs over most of the supercomputer of CECI as well as over Zenobe (Tier-1 supercomputer at Cenaero), over both Intel and AMD CPUs. It requests a small amount of memory and with the help of restart files, its walltime [3] is limited to a couple of hours. By statically compiling MAR and as the inputs/outputs are fully stoked on a small cluster in the lab, a running simulation can be switched at any time to another supercomputer following its load, which is particularly easy over the CECI supercomputers using the same $HOME. Thanks to a large number of available CPUs, this allows providing a large range of 150 years future scenarios over the Greenland ice sheet for the last IPCC report (AR6). 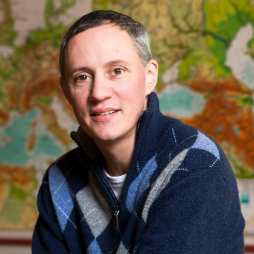 After a PhD on the climate of Greenland under the supervision of Prof Jean-Pascal van Ypersele (UCL), he integrated the Laboratoire de Climatologie of the University of Liège. He coordinates the development of the MAR model, used to study changes in ice caps, but also climate in Belgium. Xavier Fettweis has also become the head of the laboratory in 2017, and Chargé de cours in 2022.